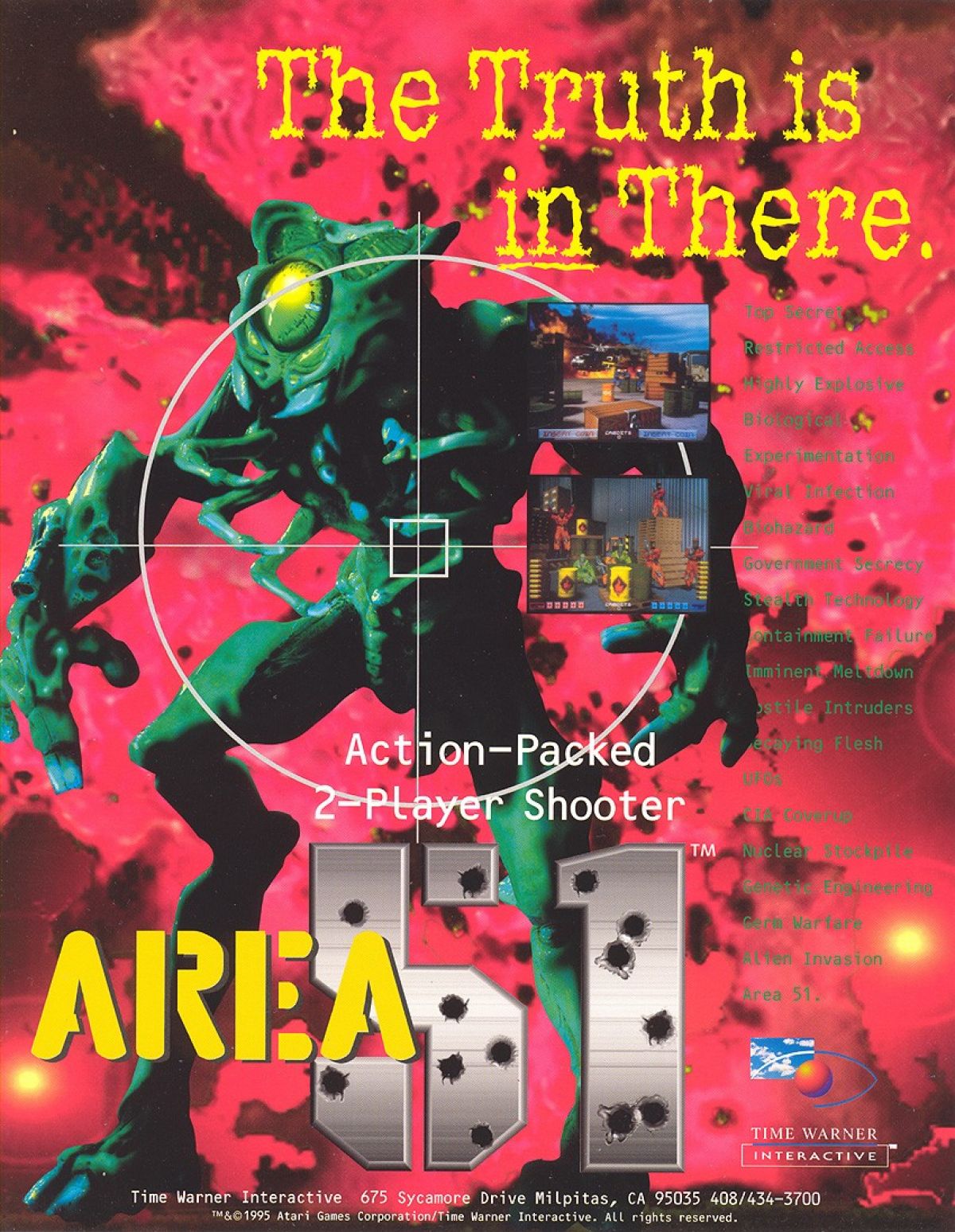 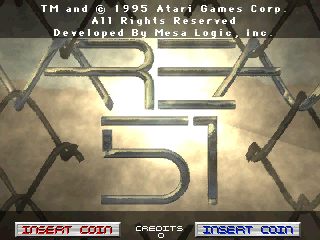 The truth is in there

The player is taking part in a STAAR (Strategic Tactical Advanced Alien Response) military incursion to prevent aliens, known as the Kronn, and alien-created zombies from taking over the Area 51 military facility.

Instead of starting out the game normally, avoid shooting the aliens. Instead, shoot the first three members of STAAR that appear on the screen (the guys in blue). After shooting the third member of STAAR, you will get an intro screen about Kron Hunters, and you will start the game over as one. 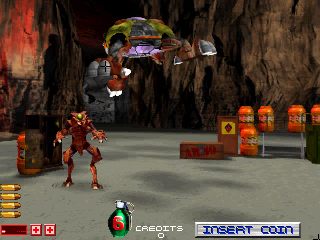 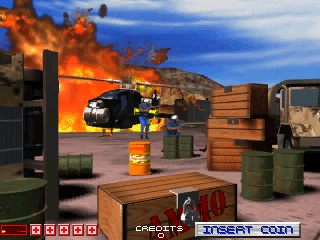 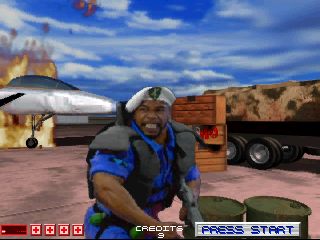 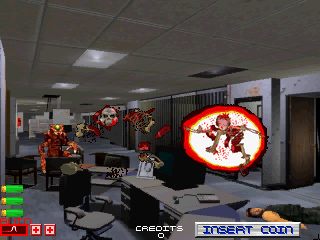 This game takes the player through several sections of the facility, including a warehouse and underground tunnels. The player character is tasked, along with fellow Special Tactical Advanced Alien Response (STAAR) members Lieutenant Stephanie Grant and Sergeant Major Marcus Bradley, to penetrate Area 51 and activate the nuclear self-destruct sequence. The player must kill any attacking genetically altered zombie soldiers and aliens without harming any allied STAAR team members. If nothing but three STAAR team members are shot, the Kronn Hunter mode is started, taking the role of a Hunter, sent by the Kronn to eliminate the rebels.

There are five types of weaponry available. While the player is only given a semi-automatic pistol in the beginning, weapon upgrades are available as targets. The pistol can be upgraded to an automatic machine gun, a pump shotgun, and finally an automatic shotgun. The shotgun weaponry allows a greater field of error for targeting an enemy. Both the machine gun and automatic shotgun allow the player to keep the trigger pressed down to unleash rounds. If the player character is hit by the enemy at any time, the weapon is downgraded back to the pistol. Grenades are hidden in crates and bonus rooms. When used, they destroy most on screen enemies at once. 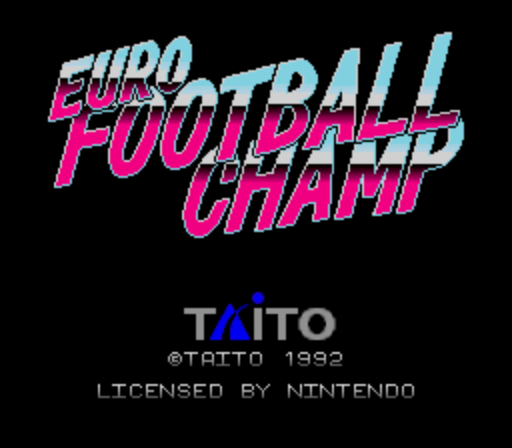 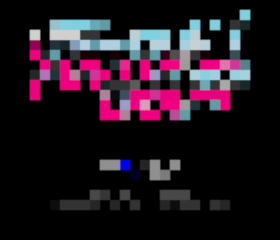 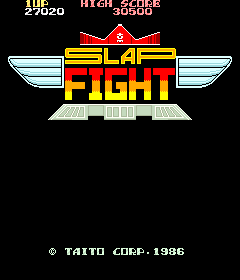 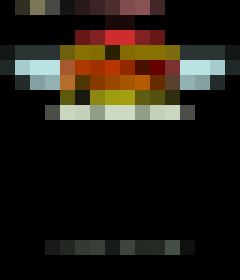 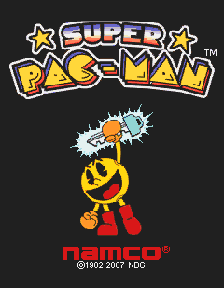 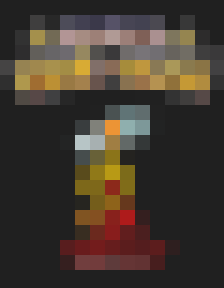 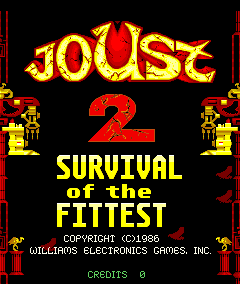 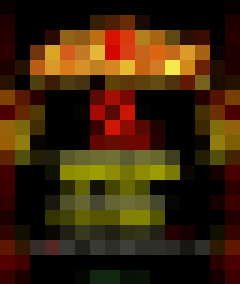