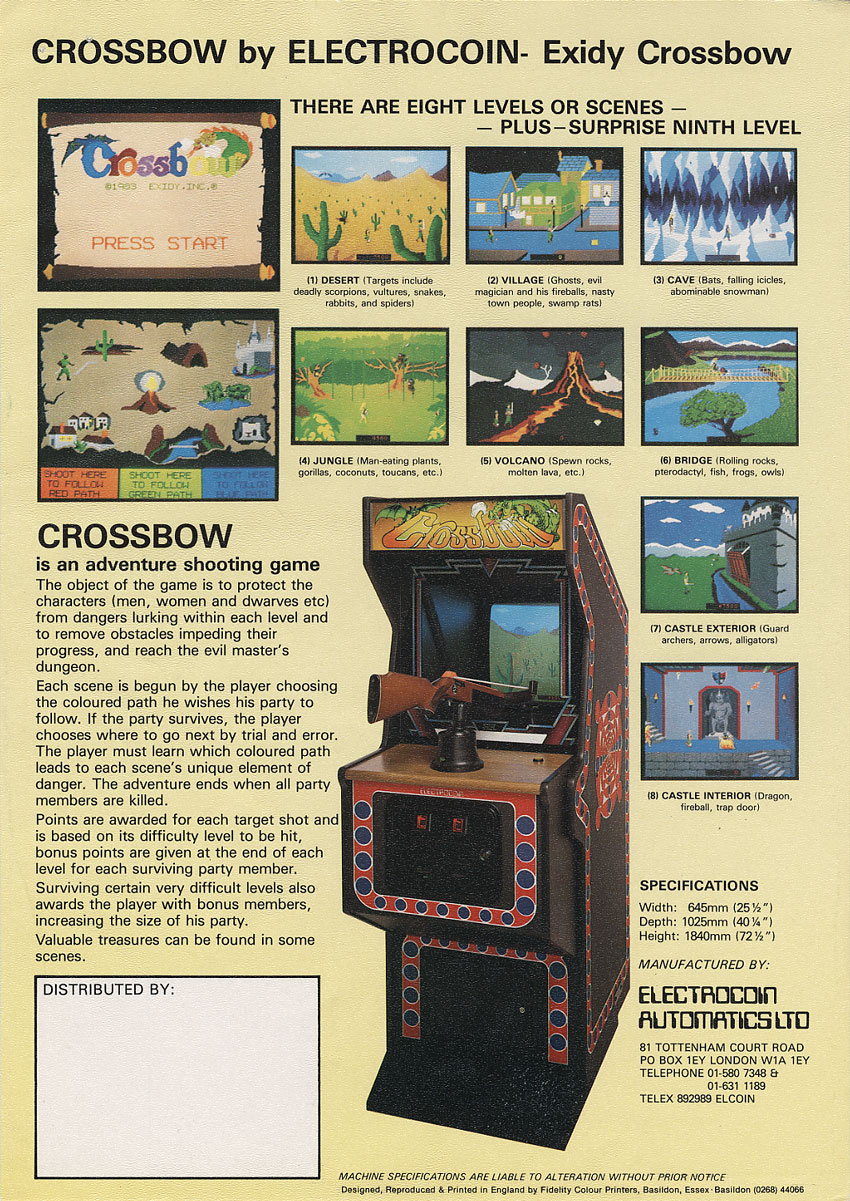 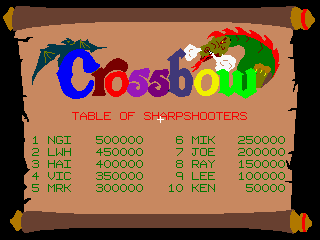 You play a crossbow archer who adventures through an enchanted world in a quest to find and destroy the evil Master of Darkness. Use your arrows to protect your friends from a variety of perils and attacking enemies.

Crossbow was the first arcade game with fully digitised sound and speech. 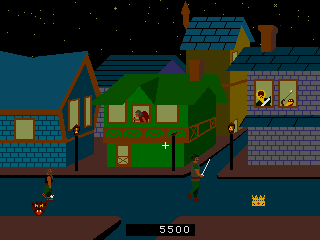 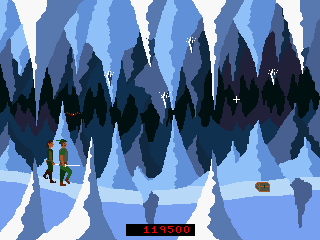 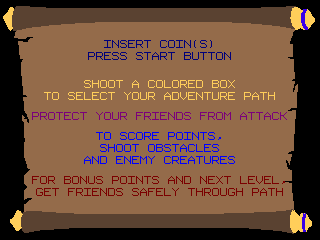 Gameplay requires the player to protect a band of adventurers (referred to as "friends" by the game) from afar by shooting objects that threaten them.

In addition to the obstacles, the adventurers are vulnerable to the player's shots. The first time the player shoots an adventurer, an on-screen message is shown: "DON'T SHOOT YOUR FRIENDS!" Thereafter, shooting an adventurer will cause him/her to emit a cry of pain, and to walk at a slower pace the rest of the way. A second shot will kill the adventurer. 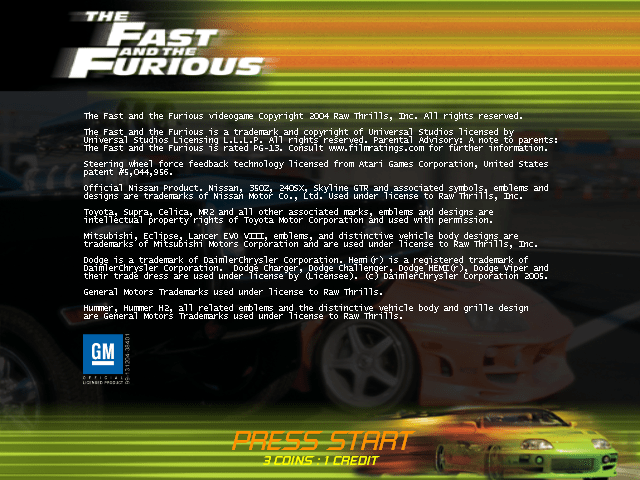 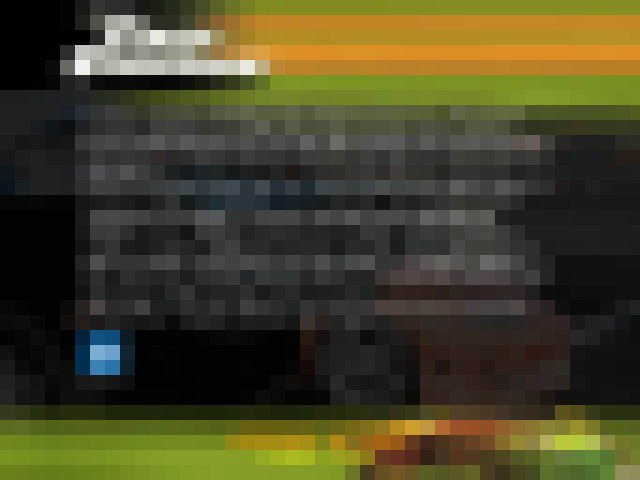 The Fast And The Furious 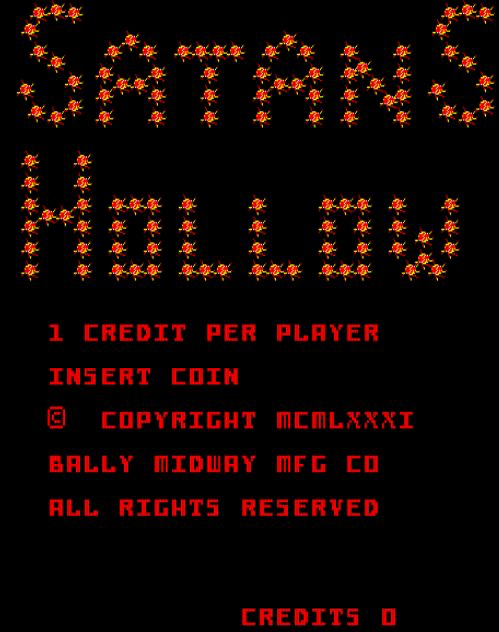 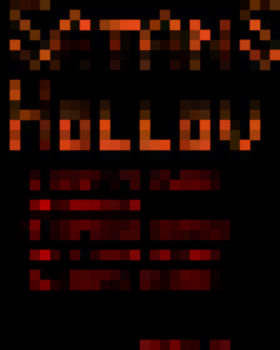 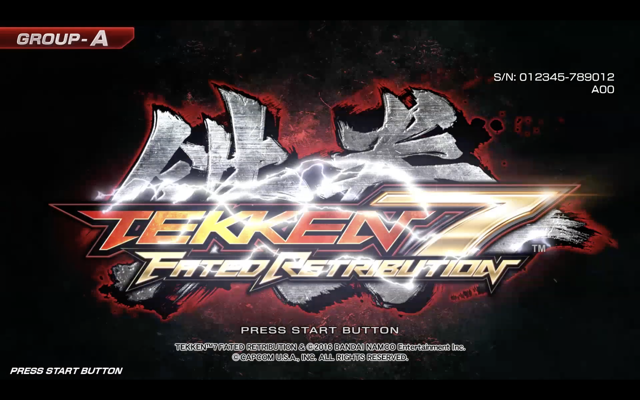 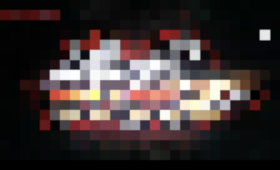 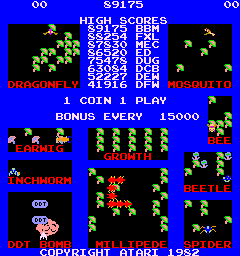 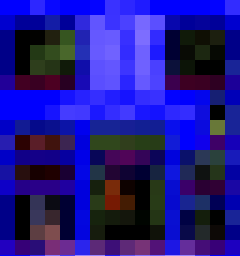