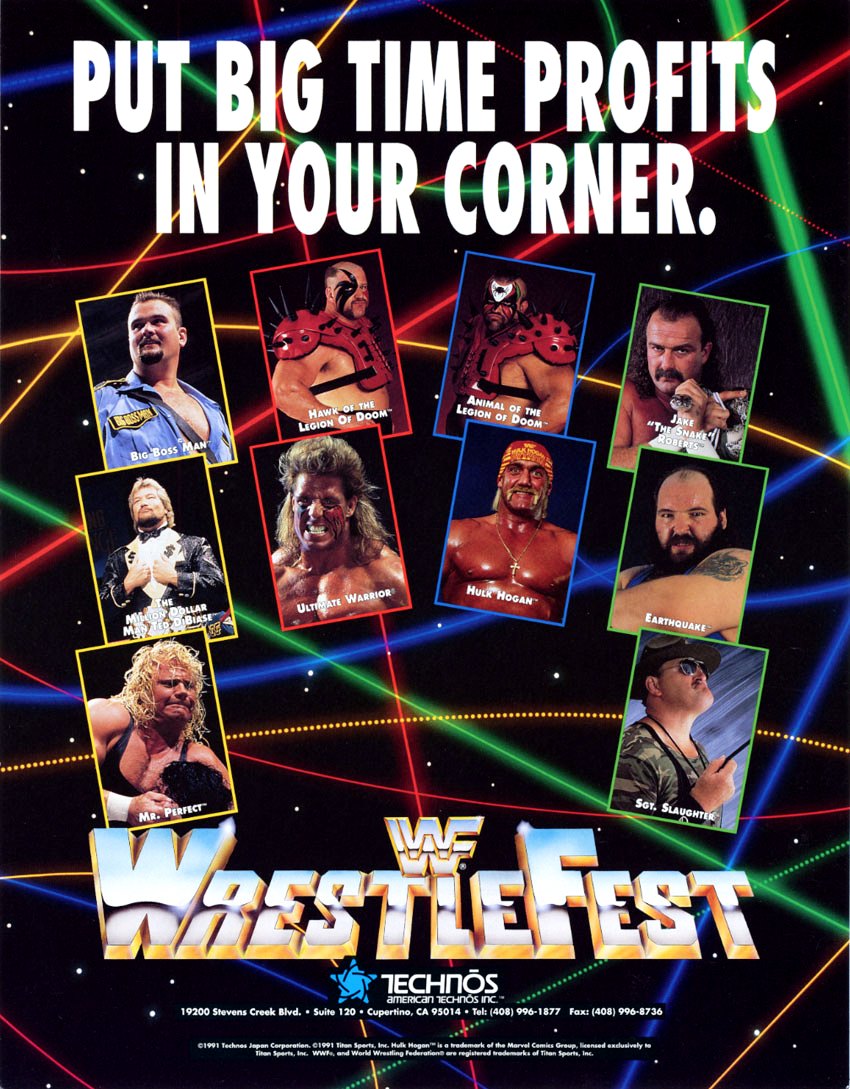 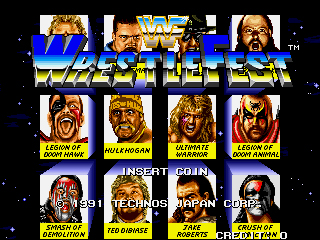 Step into the ring and get ready for action, as the WWF brings the biggest superstars from television wrestling into the arcades! Slam your way to the title and super-throw your friends in the game that will put you in a headlock and won’t let go! Feel the impact, folks, it’s WRESTLEFEST!

WrestleFest makes allusions to the big-money aspect of the WWF’s success in its original advertising (“Put big time profits in your corner”, “Put a headlock on profits”) and in-game, where players are instructed to “buy-in” to the match, rather than insert credits. 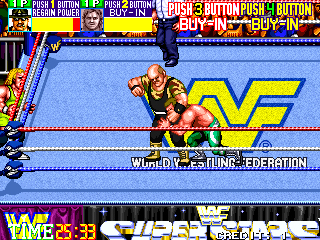 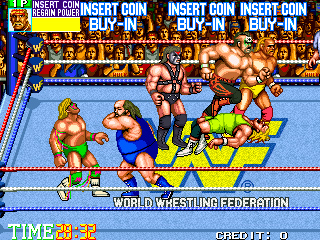 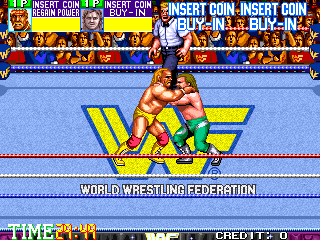 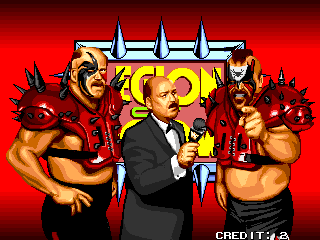 WWF WrestleFest is a wrestling game developed in Japan by Technōs, which can be played by up to four players. Released in 1991 towards the end of the Golden Age era of wrestling, it was the first game to faithfully translate the hype and intensity of the WWF during a period of unprecedented success on cable, national television and pay-per-view.

Players choose between two game modes: Saturday Night’s Main Event (Tag Match) and Royal Rumble (Battle Royale). The tag team mode returns from WWF Superstars (1989), Technōs’ earlier licensed wrestling game. Players compete in a series of matches as they rise in contendership for the Tag Team titles, defeat the champions ‘Legion of Doom’ and defend the belts. The Royal Rumble is a fast-paced survival match in which opponents are eliminated by pinfall or when they’re thrown over the ropes.

The garish, all-American nature of early ‘90s Hulkamania is translated to the arcades with cartoon graphics, over-blown muscle, and audacious movesets. Commentary is provided by Gene Okerlund and ring-announcer Mike McGuirk, and quotes like “We snack on danger, dine on DEATH!” make players feel immersed in the cheers, boos and pain of professional wrestling.

Press any start button and select a game. Up to four players can “buy-in” to the match by pressing their buttons.

Select players from the roster

Move your wrestler around the ring using the stick.

Use the buttons when stationary to punch and kick.

Move closer to your opponent to enter a grapple.

Try moving the stick in directions while pressing the buttons to use different moves.

Press the two buttons together to run.

Follow instructions as they appear on screen. For instance, if your superstar is down on the mat, push buttons rapidly to get up.

Tag Team matches are decided by pinfall or count-out. Rise in contendership for the titles and defeat the Legion of Doom.

Eliminate opponents in the Royal Rumble by pinfall or throw them over the ropes. Be the last man standing to win the match. 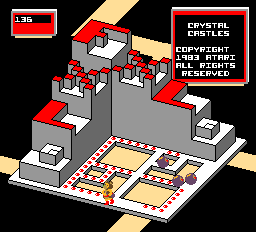 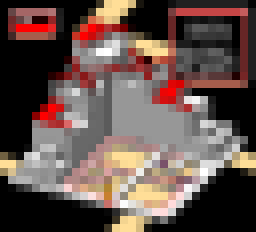 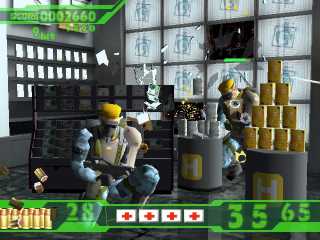 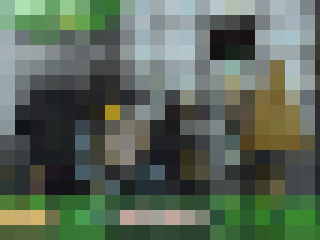 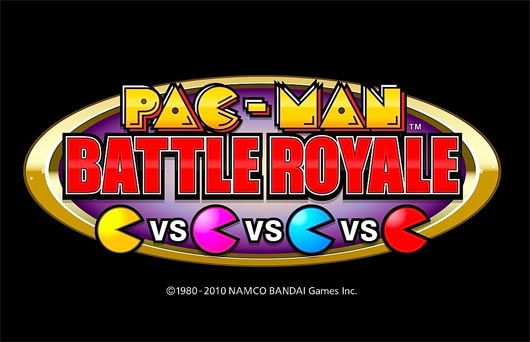 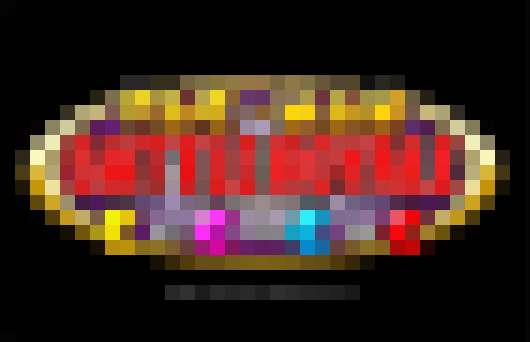