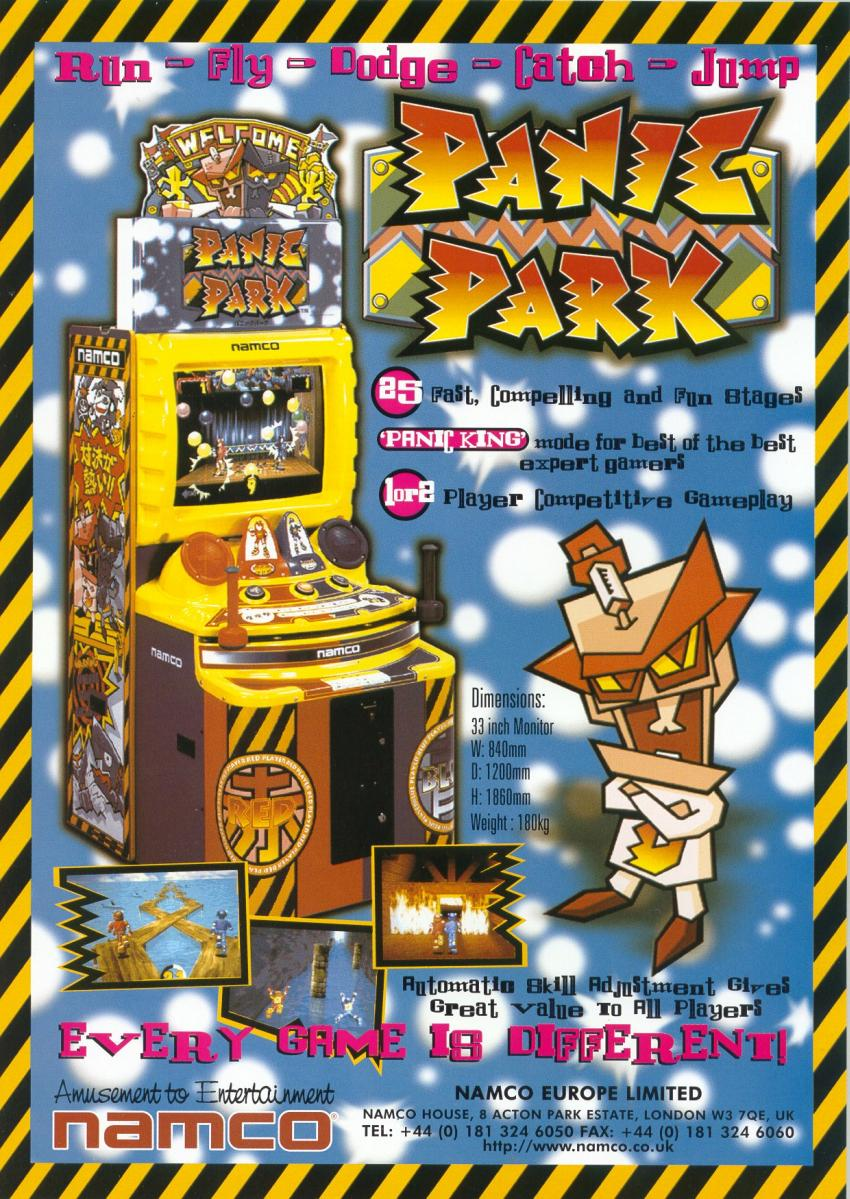 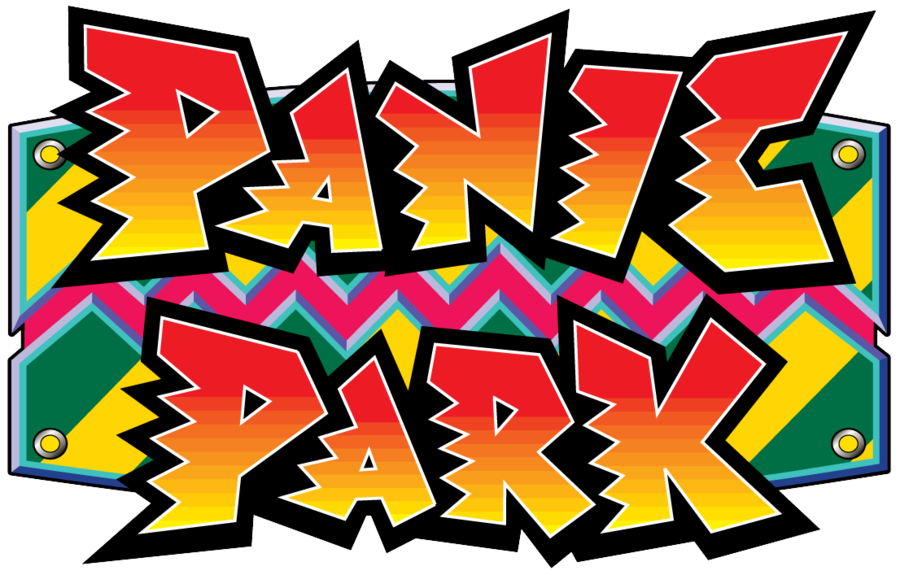 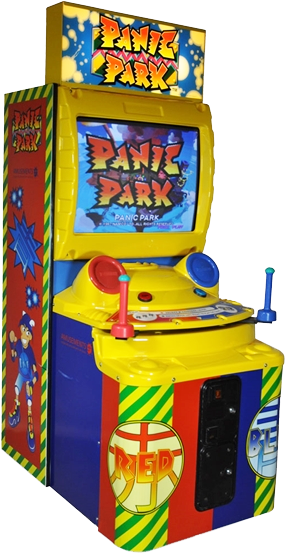 Panic Park is made up of 25 mini-games, each with a different time limit. The difficulty during the game is randomly chosen based on the player's performance.

Around the same year the game was launched, the game was banned in some US arcades due to shoulder injury lawsuits.

The objective is to complete various challenges selected at random, which is also randomly picked in the difficulty level.

You must successfully complete the challenge to gain a success medal. The player with the most success medals at the end of all the rounds wins the game.

Panic King mode selects a random mini-game which changes each month. It consists in a difficulty even higher than the highest story mode is capable of going. This mode is only one player, and the single challenge usually goes for an infinite amount of time until you fail, and you have two chances to try. Your highest score between the two tries gets entered into the monthly top 10.

This game uses an unusual control scheme: a horizontal slot across the cabinet with a pair of handles, red and blue, swinging across it. One or two players grab a handle (the other can be locked at the far end for single-player) and play a series of six mini-games, with the difficulty changing based on how successful the player is. Despite this simple control system, there's a variety of challenges, built around controlling a human character on skates, such as: running along a zigzag platform, hopping between platforms, and bouncing on a rickety bridge. Because the two handles swing along the same slot, the two-player mode involves physically bumping the other player's handle, affecting their character as well. 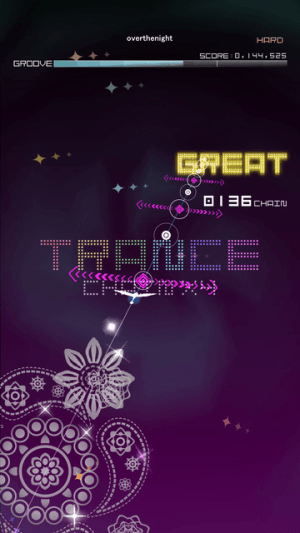 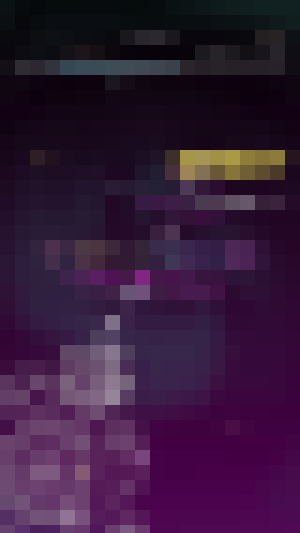 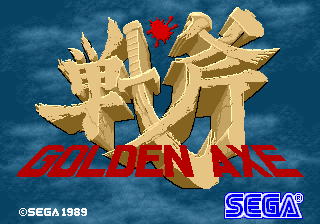 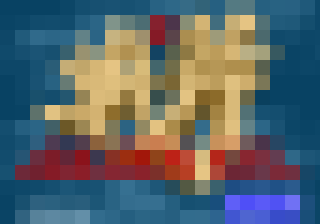