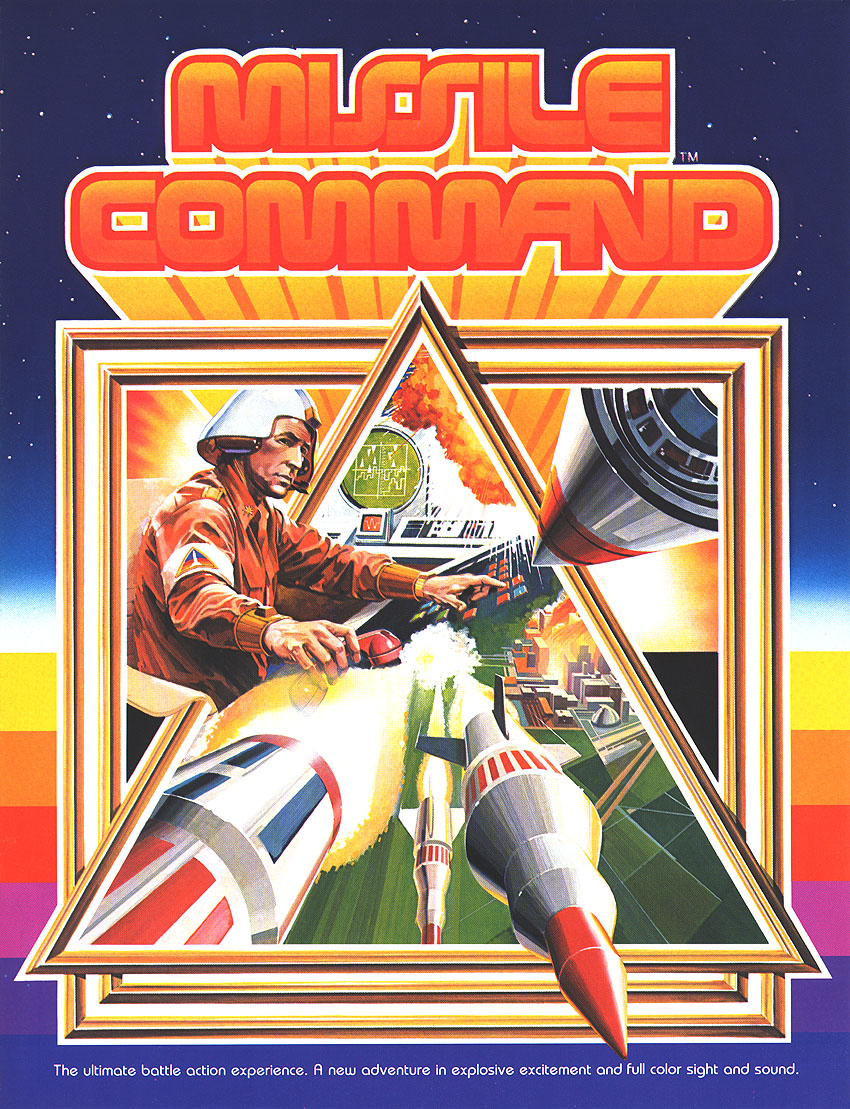 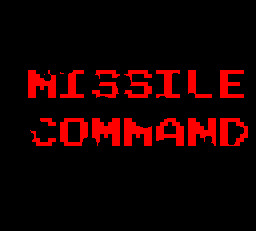 Using three atomic missile launching bases you defend your cities against incoming missiles. Enemy missiles may seperate into several missiles so shoot them down early because you only have a limited number of missiles.

When the game was originally designed, the six cities were meant to represent six cities in California: Eureka, San Francisco, San Luis Obispo, Santa Barbara, Los Angeles, and San Diego. The programmer, Dave Theurer, suffered recurring nightmares of these cities being destroyed in a nuclear exchange. 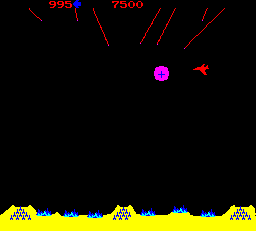 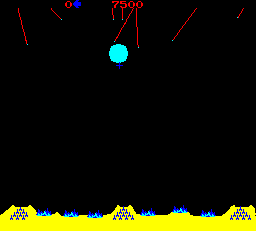 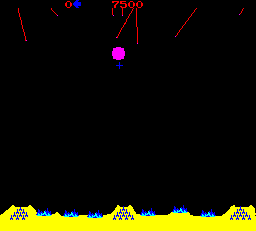 The player's six cities are being attacked by an endless hail of ballistic missiles, some of them even splitting like multiple independently targetable reentry vehicles (MIRVs). New weapons are introduced in later levels: smart bombs that can evade a less than perfectly targeted missile, and bomber planes and satellites that fly across the screen and launch missiles of their own. As a regional commander of three anti-missile batteries, the player must defend six cities in their zone from being destroyed.

The game is played by moving a crosshair across the sky background via a trackball and pressing one of three buttons to launch a counter-missile from the appropriate battery. Counter-missiles explode upon reaching the crosshair, leaving a fireball that persists for several seconds and destroys any enemy missiles that enter it. There are three batteries, each with ten missiles; a missile battery becomes useless when all its missiles are fired, or if the battery is destroyed by enemy fire. The missiles of the central battery fly to their targets at much greater speed; only these missiles can effectively kill a smart bomb at a distance. 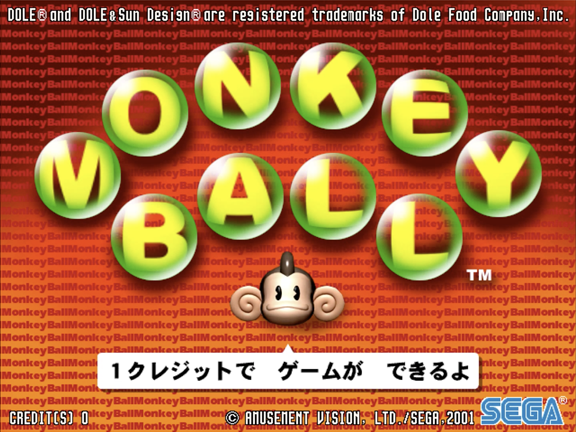 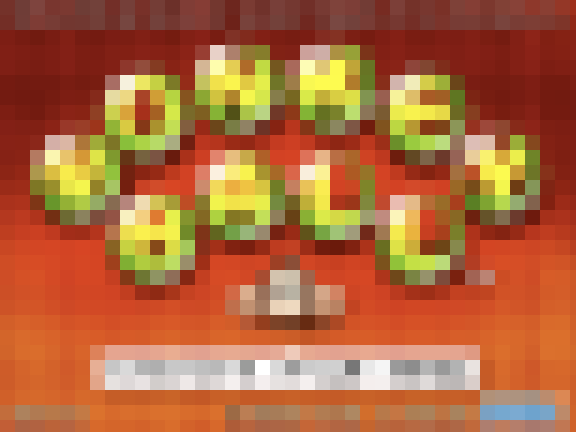 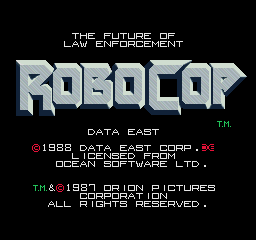 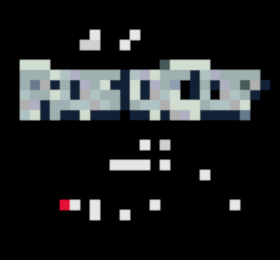 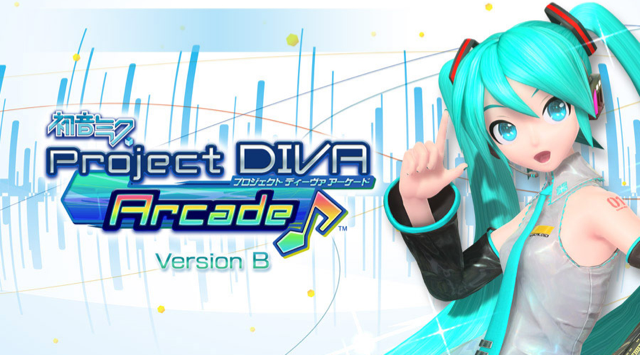 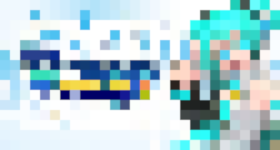 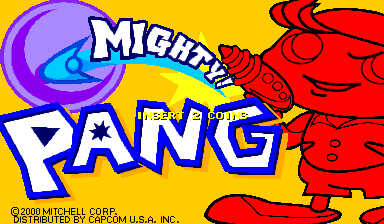 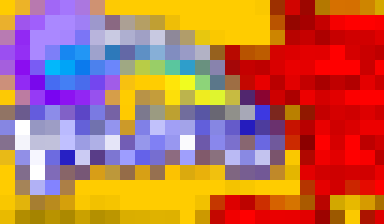