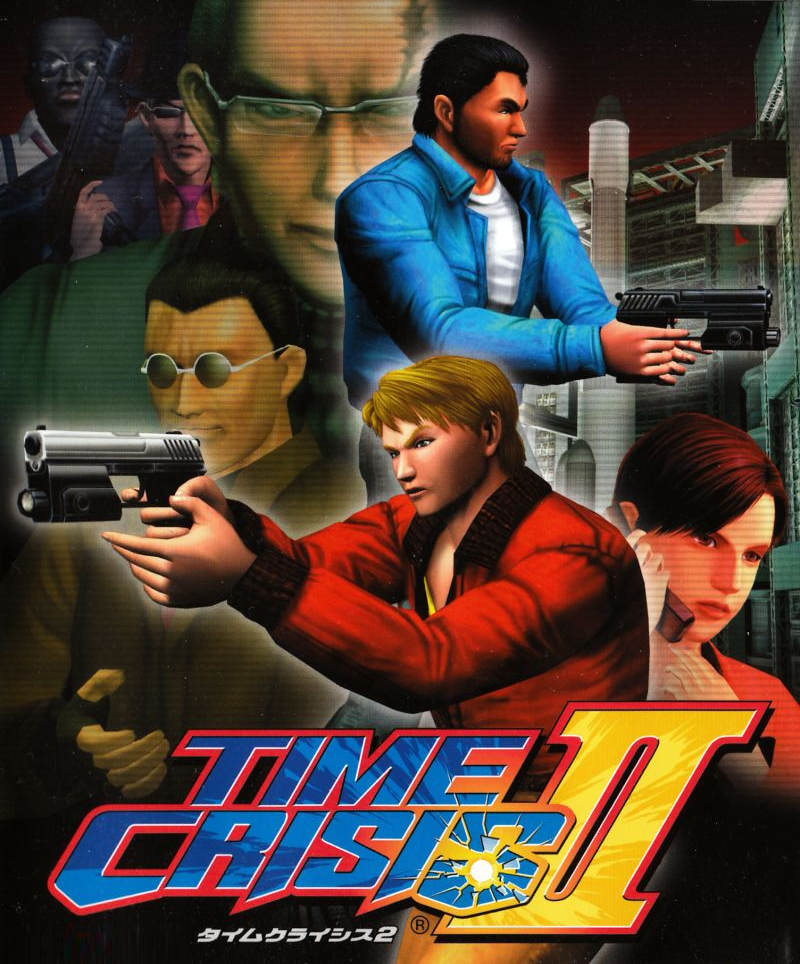 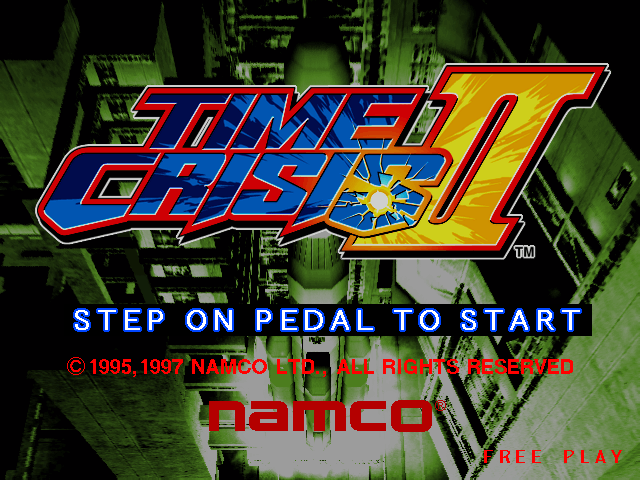 Together to save THE WORLD!

In 1997, NeoDyne Industries announces plans for a "StarLine Network" of 64 satellites that will unify the communications of all continents. However, V.S.S.E. agent Christie Ryan discovers that the company's real plan is to launch an experimental nuclear satellite into space and sell it to the highest bidder. 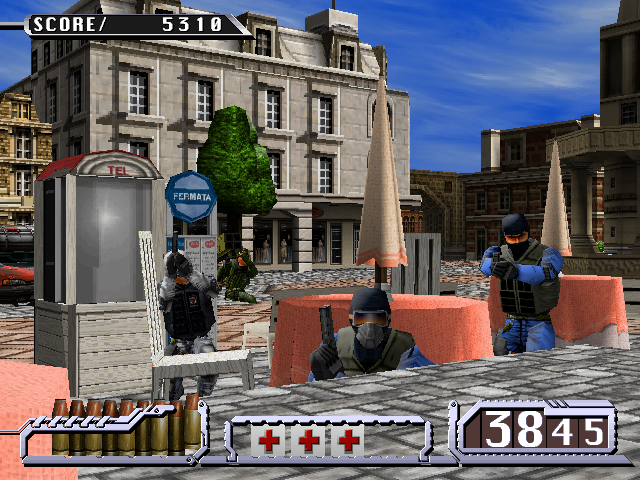 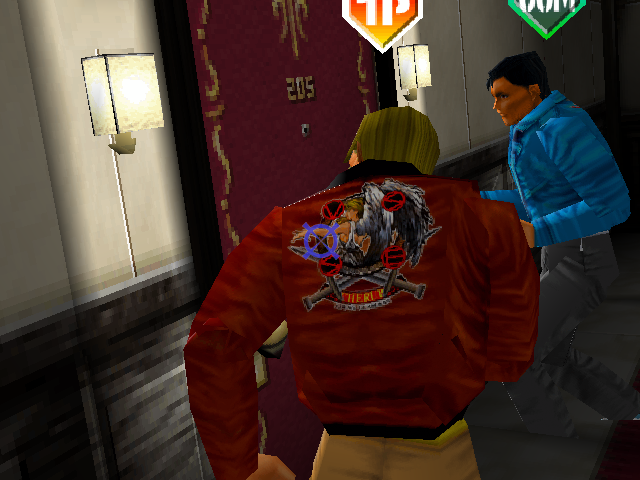 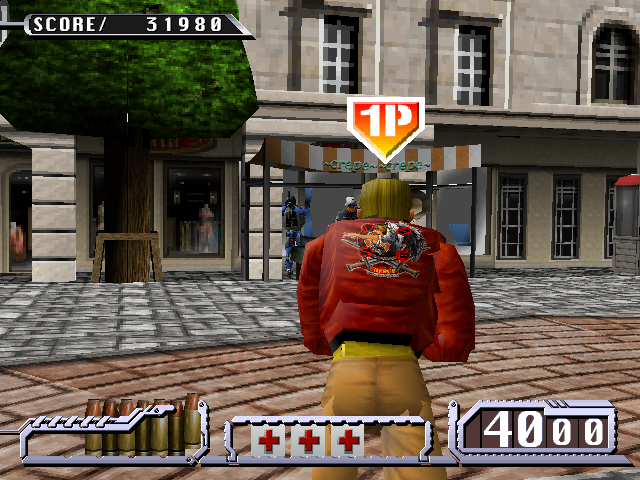 The game utilizes the foot pedal system, just like Time Crisis, where players can shoot or hide from enemy fire. One modification to the hide and attack system was the "crisis flash" system which alerts the players whether or not the enemy's attack would cause a direct hit, a feature not present in its first predecessor, Time Crisis.

When pressing down on the pedal, the player comes out of hiding, being able to shoot the enemies. Releasing the pedal puts the player behind cover to avoid critical bullets and reload the weapon, though the player cannot shoot whilst hiding. Certain sections of the game give players a machine gun with unlimited ammo. 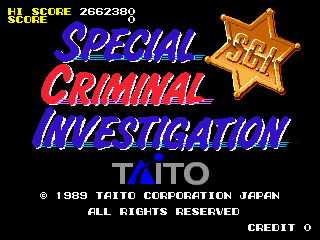 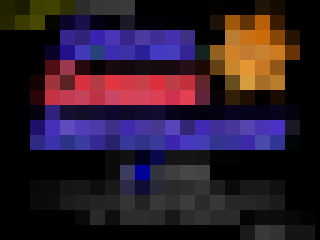 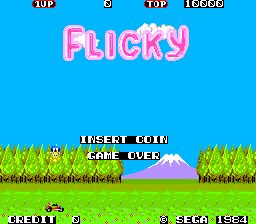 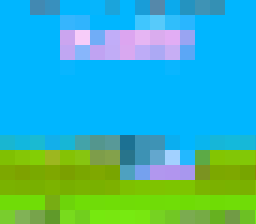 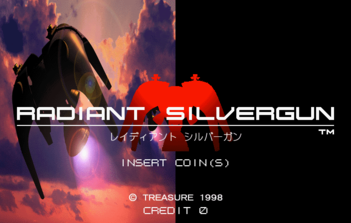 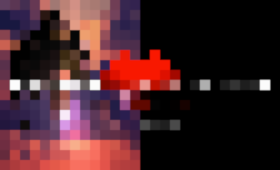 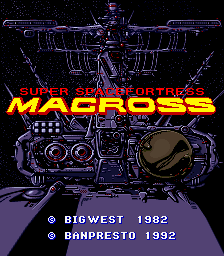 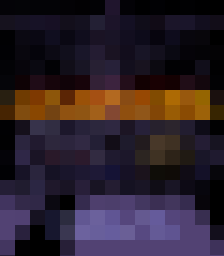