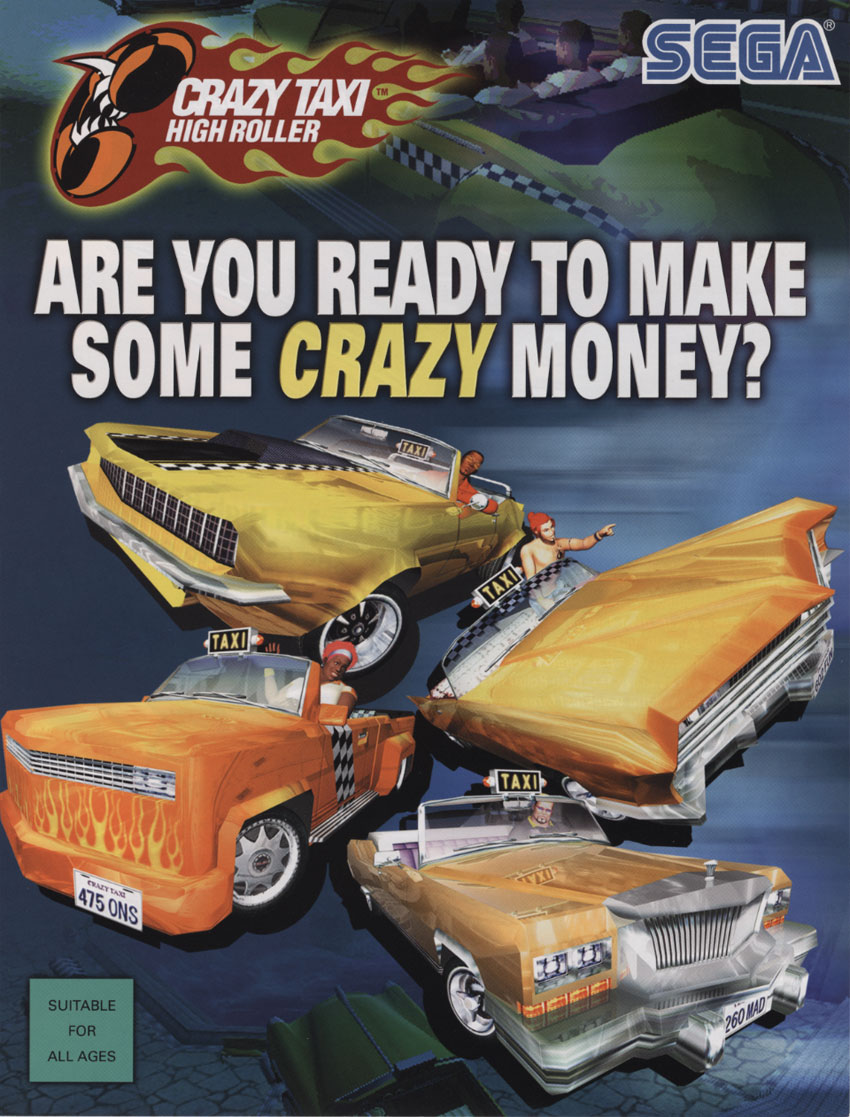 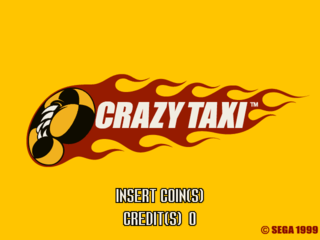 Are you ready to make some crazy money?

Speed through the sun-drenched streets of the city and take your passengers to where they want to go in SEGA’s nitro-fueled, car-swerving cab ride, Crazy Taxi! Drive like a nightmare and you’ll earn more money! So come on over, start the meter and make a fast buck as you fly across town!

Crazy Taxi features product placement for various fast food outlets and superstores. See if you can spot them. 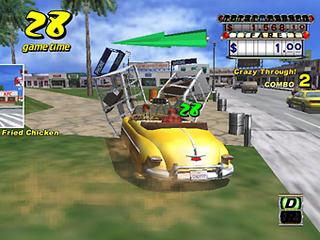 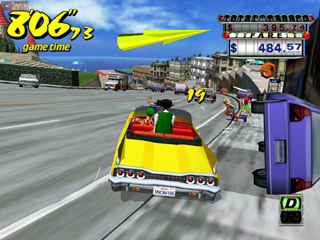 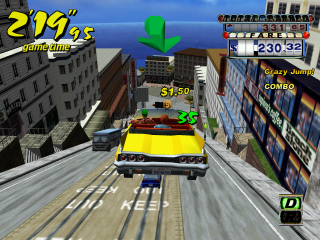 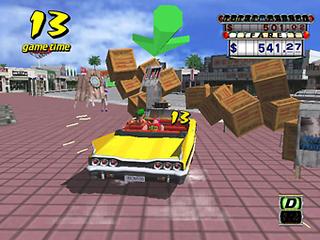 Crazy Taxi is a score attack driving game released by SEGA in 1999, where the aim is to pick up passengers and get them to their destination before time runs out.

Gameplay is fast-paced and frantic. You ride in one of four yellow American cabs driven by either Axel, B.D. Joe, Gina or Gus. After stopping to pick up a passenger, you follow an arrow at the top of the screen towards their drop-off zone, building a bigger fare along the way with crazy drifts, stunts and near-misses. The fares when completed are added to the total earned, and you’re awarded a license at the end when time runs out based on how well you did.

Sequels would later include a range of locations inspired by major cities in the USA, but the earthquake-wracked streets of San Francisco provide the perfect inspiration for the original game’s roller-coaster excitement, as you fly at high-speed towards the bottom of near-vertical gradients. Featuring iconic tracks from The Offspring and Bad Religion, the West Coast, pop-punk soundtrack has the nitro energy to match the speed of the drive, and the bands’ sounds of relentless youth and sunshine freedom set the tone as you hurtle towards your next fare.

Put your foot on the accelerator to speed forward.

Turn the wheel right and left to steer.

Hit the brakes to come to a stop.

Use the gear stick to shift between Drive and Reverse as represented by D and R on-screen.

Look for passengers marked with a dollar sign and arrow. Stop near them to start the fare. Follow the green arrow towards their drop-off zone; it’ll change to yellow when you’re close. The time remaining to complete the current fare is shown next to your vehicle.

Drive like a maniac. Look out for ramps, traffic and other opportunities to increase your score with stunts.

Stop at the mark within the perimeter to complete the fare. Receive a ranking and time bonus depending on how fast you got there.

Each fare adds to the total earned, which is shown at the top-right of the screen.

The ride is over when the game time reaches zero. 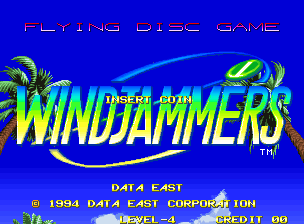 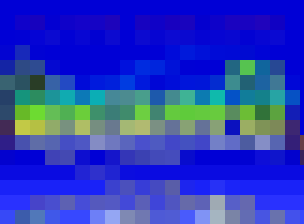 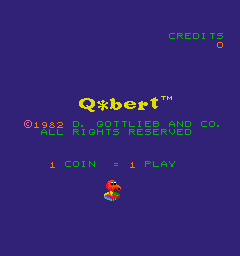 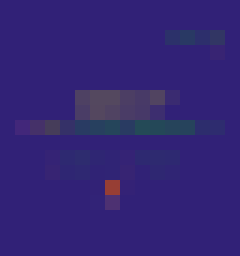 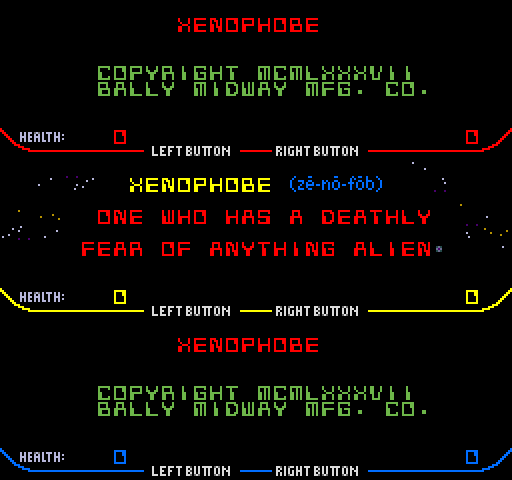 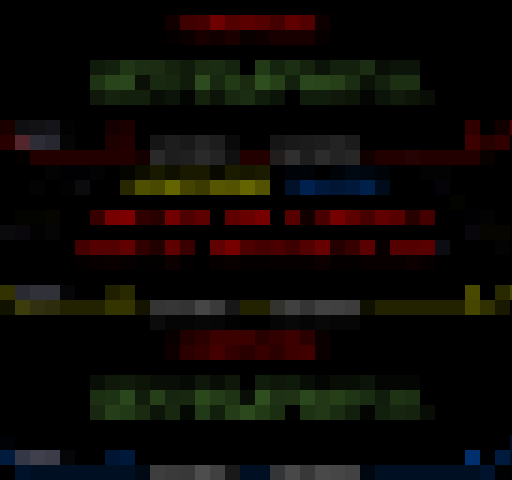 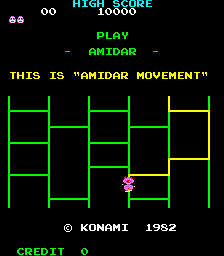 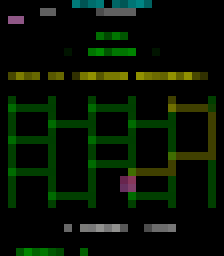